After some non-BPEL related blog entries, the next BPEL tutorial. I started with the tutorials 101 (setting up your environment), 103 (XML fragments), 104 (sync BPEL), 105 (async BPEL). Now i think it is time to look how BPEL processes can be invoked.
Let's start with invoking via Perl:
102.InvokingProcesses/perl/invokeHelloWorld.pl 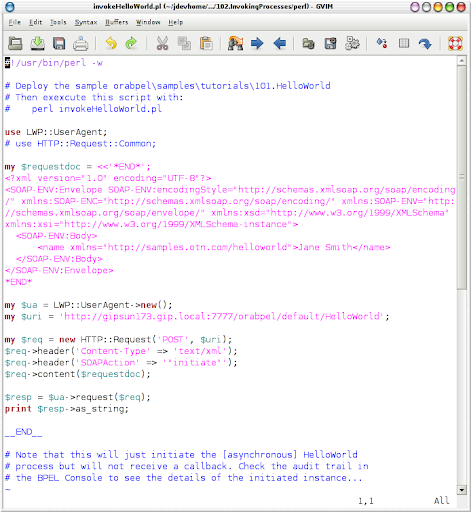 To get this perl script running the helloWorld (101) has to be deployed. It very easy, just type

and just check, that the process was really invoked in the BPELConsole (http://yourserver:7777/BPELConsole): 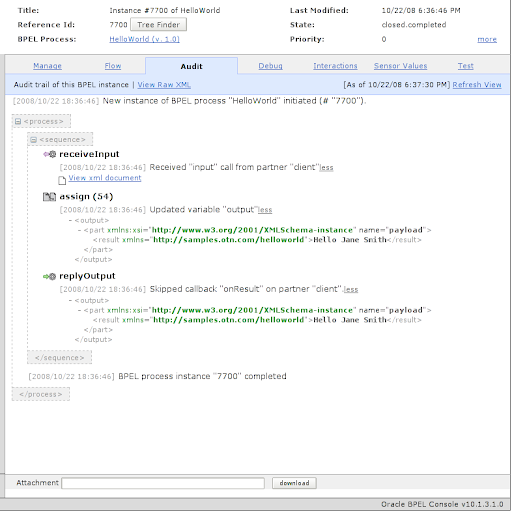 That's all. You only have to import
use LWP::UserAgent;
inside the Perl script and create a SOAP request. 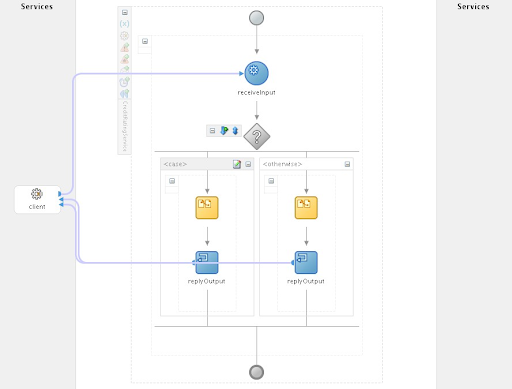 You can find it in $ORACLE_HOME/bpel/samples/utils/CreditRatingService (There is a CreditRatingService.jpr inside, so you can open it in your JDeveloper).
Invoking this BPEL via perl will show the following output:

Posted by Dietrich Schroff at 9:58 PM