Here a screenshot of the original code and the changes made visible with the history feature of Jdeveloper: 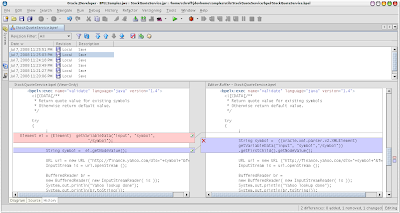 (With the third tab on the bottom of the window, you can see, what changes you have done to your sources.)

To add a PartnerLink to a BPEL project follow this documentation.
The service explorer window should show the following (this works only after the deployment of the StockQuoteService!): 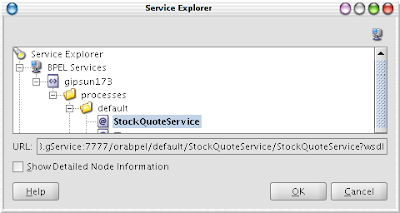 For more information about PartnerLinks look at this link.
Your PartnerLink has to look like: 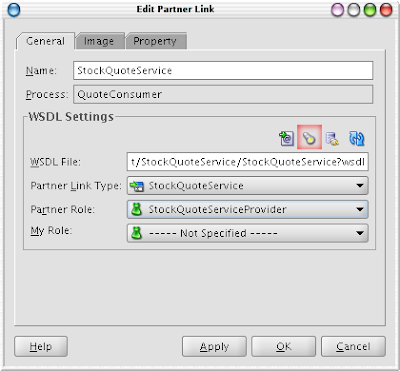 If you want to change the PartnerLink to another BPEL click on the torch (red square) and you will get back to the service explorer.

To see that everything was done right, you can run the SyncQuoteConsumer with this message:
and you will get the stock quote for Oracle....

One good thing of synchronous invocations: You need no correlation sets and it is very easy, but if the called instance needs more than 45s, you will get an ORABPEL-05002 error. You can learn avoiding it on my posting two months ago.
Posted by Dietrich Schroff at 9:15 PM