Statcounter has released a web interface for everyone, where you can get statistics about browers, operating system for different countries and regions about all projects which included a counter from statcounter... (like this blog).
Here a screenshot: 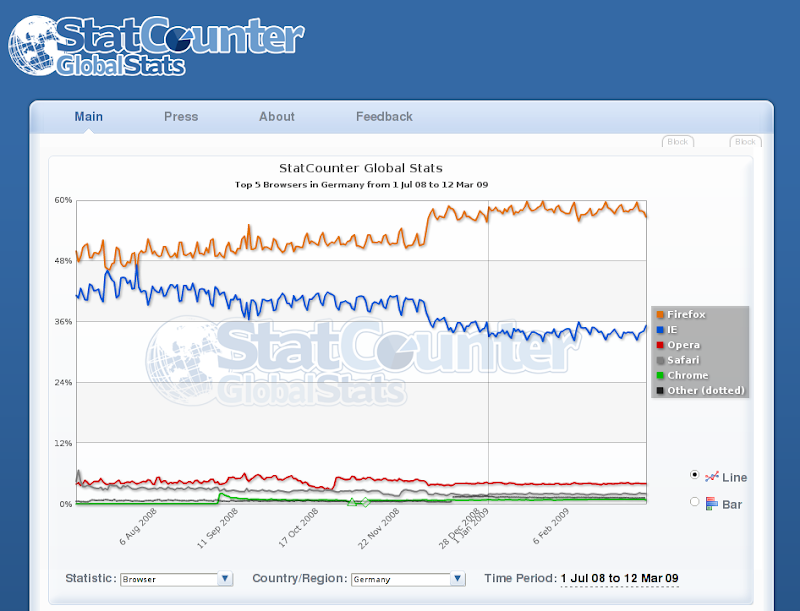 So first week of decembre nearly 10% percent of all internet users changed from internet exporer to firefox. If you are interested get your own statistics:
GlobalStats
Eingestellt von Dietrich Schroff um 20:33 Keine Kommentare: Links zu diesem Post

Last week i took a hard disk out of one computer and put it into another one.
Operating system was debian lenny, so no worries about re-activating the OS. But the computer started without bringing up the network on eth0. After some investigation i knew

So what was going on here?
The only difference between the two computers was the MAC address of the NICs...
After some further investigation, here the solution:

The package udev had created a file named /etc/udev/rules.d/z25_persistent-net.rules
and this file contained the following entry:

This tutorials shows, how to invoke a BPEL process inside Oracle's PM using RMI.
To run this tutorial please deploy the CrediRatingService like shown in this posting.

Then enter the directory $ORACLE_HOME/bpel/samples/tutorials/102.InvokingProcesses/rmi. First take a look at the sample code (com/otn/samples/RMIClient.java):

You can find all bpel tutorials on this blog via this link.
Eingestellt von Dietrich Schroff um 22:08 Keine Kommentare: Links zu diesem Post

Two weeks ago i posted about eyePlorer. Martin Hirsch added a comment, that the developers of eyePlorer try to improve the software every two weeks.
First i searched for physics: 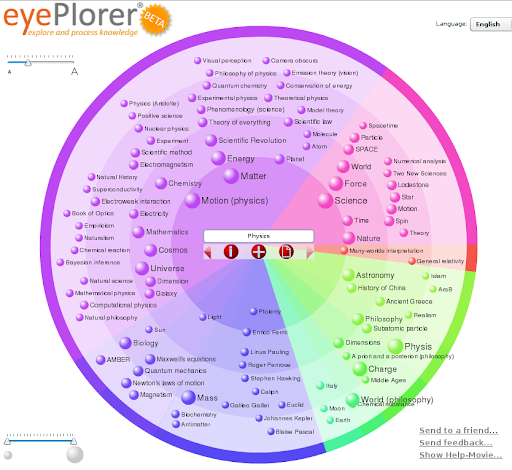 Ok. Nothing special. All search results are put on this plane and the results are grouped in coloured sections. But now take one of the points and drag it to the plus. I chose experimental physics because of my own history: 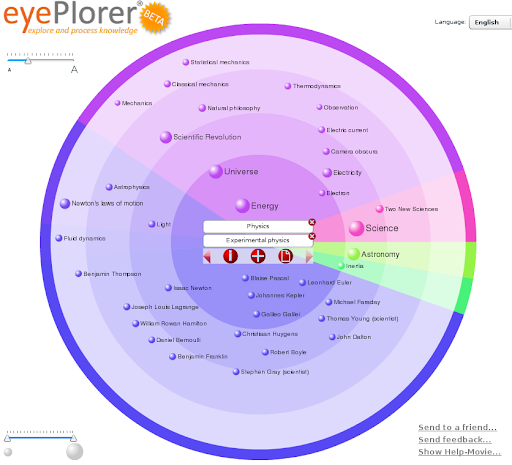 And this feature is really nice. This does not work with many topics, because eyePlorer has not yet filled its database. But i think its a nice proof of concept...
Eingestellt von Dietrich Schroff um 21:42 Keine Kommentare: Links zu diesem Post