AVM Fritz: WLAN Mesh with Powerline Repeater does not work

Today i upgraded my FritzBox to FritzOS 6.90: 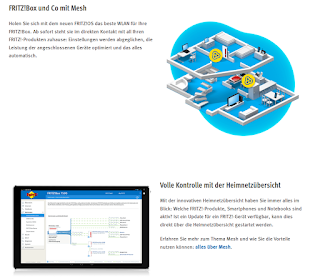 After the upgrade of the FritzBox i tried to upgrade my Powerline Adapter. But the 6.90 was not shown with inside the update mechanism via GUI.
(Be careful: you have to update your FritzBox first:
https://avm.de/nc/service/downloads/download/show/18332/:

So i downloaded the firmare image via this link and installed the new version:

Inside the FritzBox the WLAN mesh can be checked in "Heimnetz -> Heimnetzübersicht": 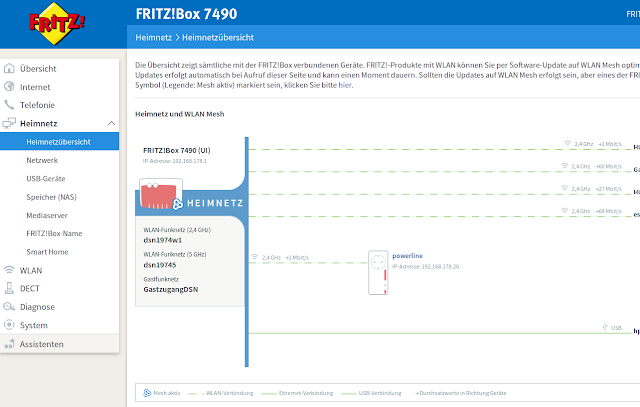 But no device behind the powerline adapter showed up.
I googled a bit around, but all AVM support pages where deleted. Inside Google cache i found the following: 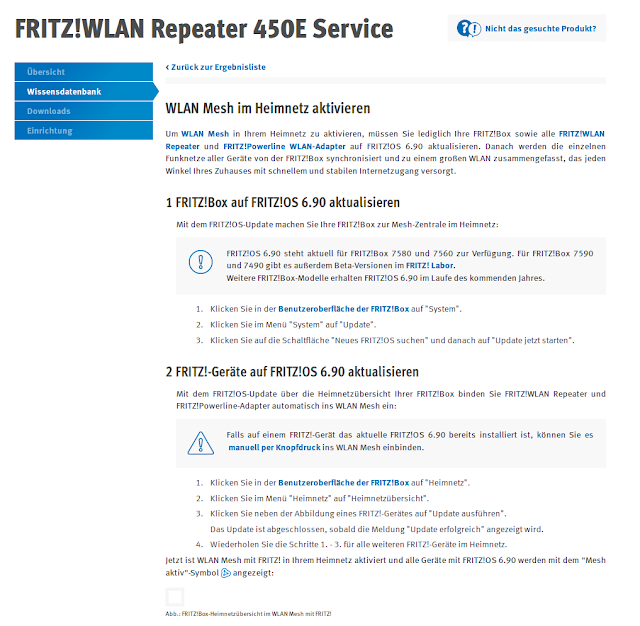 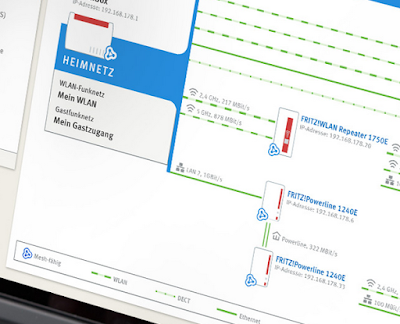 But it think, they have a problem with their mesh functionality and removed the 6.90 auto update for the wlan repeaters/powerline adapters and they even removed all support pages for the wlan mesh.

Let's wait for some bug fixes ;-)
(Still remember: These upgrades are just for free)

After some problems with the jdk integrated in ubuntu 16.04 i installed the OpenJDK from http://jdk.java.net/9/.

The software is provided as tarball (tar.gz) and after

the binaries can be used with

But there are many links in /etc/alternatives still pointing to the ubuntu jdk:

You can change them manually by deleting and creating new links but i think this is to much work.
Update-Alternatives works, but you have to issue the following command many times:

does not work. But this can be fixed by creating your own jinfo file:

will change all links in /etc/alternatives, so that running java without path will use the your installed version...

After talking about
here a packages called filters which comes with such commands:


DESCRIPTION
All  of  these  programs are filters to do all sorts of strange things to text.  No personal, racial,
religious or societal slurs are intended. For amusement only.

All the filters read input from stdin, change it, and write the filtered text to stdout. Some filters
also support reading from files and writing to stdout.

chef   convert English on stdin to Mock Swedish on stdout

fanboy Speak  like  a  fanboy.  Filters  out  extraneous  words and focuses on the words fans use. By default, it will speak like a fan of git/Linus/linux development.  To  change  this,  pass  as parameters  the  words that the fanboy typically uses. Alternatively, pass the name of a topic that typically has fanboys to use a predefined word list.

jibberish
Runs text through a random selection of the rest of the filters, to make really weird output.

kenny  Generates text as spoken by Kenny on South Park.

ky00te This program places a very cute (and familiar to FurryMuck fans) accent on any text file.

nethackify
Wiped out text like can be found in nethack.

rasterman
Makes text look like it came from the keyboard of Carsten Haitzler.
scottish
Fake scottish (dwarven) accent filter, inspired by the character "Durkon" from  Order  of  the
Stick.

spammer
Turns honest text into something that is liable to be flagged as spam.

scramble
Scramble  the  "inner"  letters  of each word in the input into a random order.  The resulting
text is still strangely readable.

uniencode
Use glorious unicode to the fullest possible extent. As seen previously in many man pages.

upside-down
Flips text upside down. Stand on your head and squint to read the output.

Configuring WLAN settings with the graphical user interface network manager is really easy.
Nevertheless sometimes it is necessary to configure the WLAN settings via a terminal. And therefore you should use nmcli:

You can get all saved connection via "nmcli c"

To connect to a wlan network "nmcli d wifi connect

or with the right credentials:

If you want to debug bash scripts inside eclipse you have to do 2 things:
BUT:
As i wrote in the last posting, toggling breakpoints was neither possible in Eclipse Neon  nor Eclipse Juno.

First you have to install JDK 1.6 and Eclipse Luna to be able to set breakpoints. (see EDIT at the end of the posting: Neon works as well...) 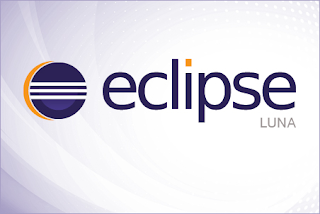 After you have to set up 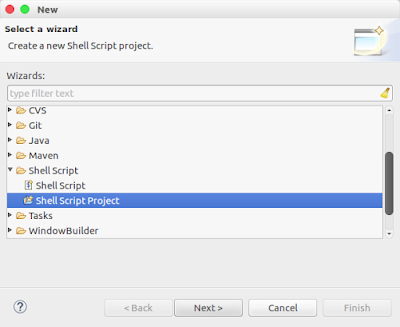 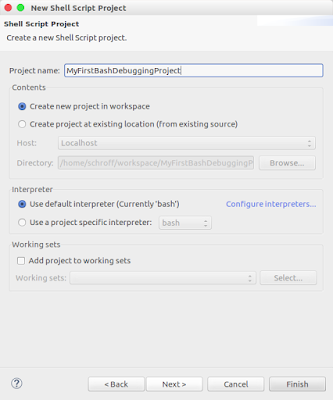 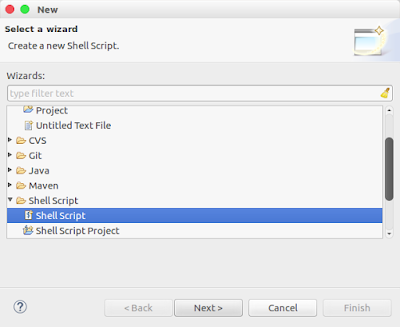 Choose the bash script you want to debug: 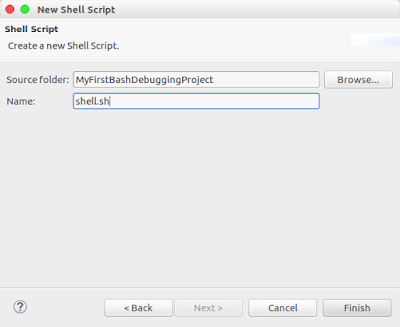 After that put some content into your shell.sh file: 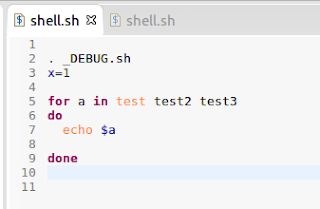 (as written in the basheclipse posting, you have to add _DEBUG.sh into your project directory where shell.sh resides and add this line at the beginning of your shell.sh:

and then start a debugging session:
->run->debug

Then you will get the following: 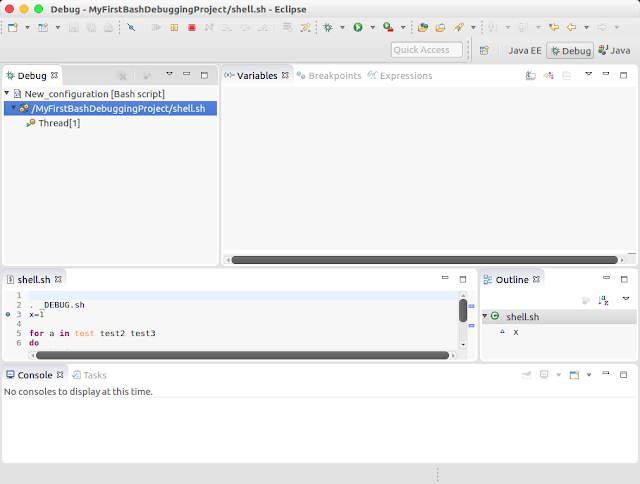 Hmmm...
?
It says, it is running and not waiting at the first breakpoint...
What is wrong here?

Just keep calm. You have to start your shell.sh: 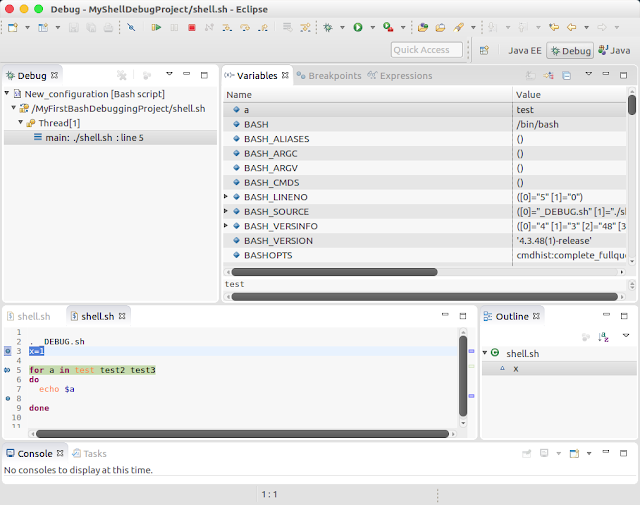 As you can see, the variable "a" is show with its value "test" and you can walk through your script breakpoint by breakpoint....

I asked the developer at sourceforge, why it does not work with Eclipse Neon. I hope i will get an answer... (or better a fix ;-)

EDIT: After some retries: switching from OpenJDK to Oracle's JDK did the job. (The installation of basheclipse has to be done with Oracle's JDK. After that i was able to run it on Eclipse Neon even with OpenJDK).

EDIT2: It is even possible to debug bash scripts on a remote host.