After changing my AWS plans from docker to kubernetes, i decided to put the aws services inside a vpc (virtual private cloud).
With this decision my AWS services are not reachable from the internet - only my laptop can access them ;-)
Here the official pictures from aws: 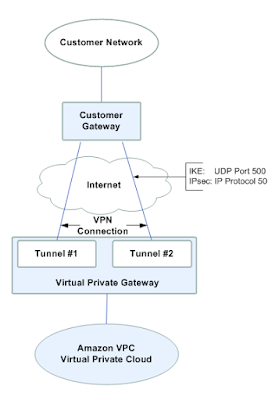 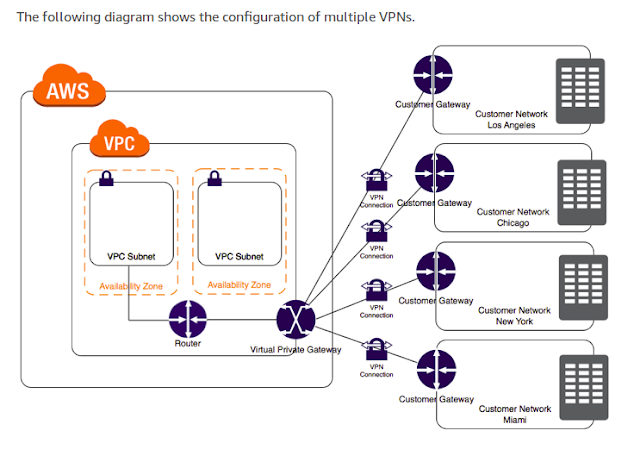 Here is a list of customer gateway devices, for which amazon provides configuration settings:
The following requirements have to be met:

I do not own one of these devices, but i hope that the linux laptop can configured as customer gateway with appropriate ipsec settings.

So let's configure the VPC at AWS: 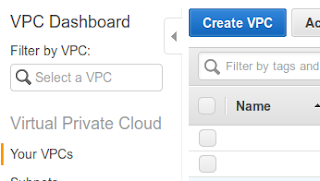 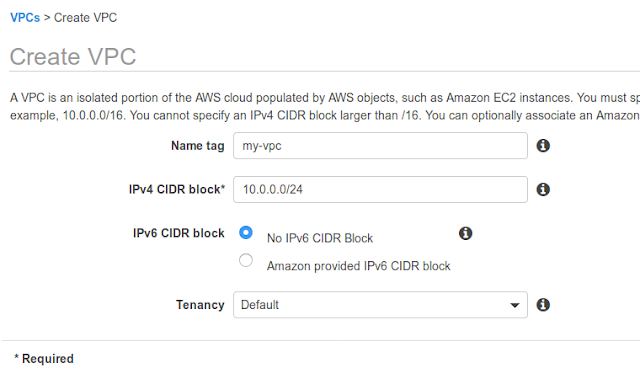 And create a subnet for this vpc:

After that you have to add a virtual private gateway:

and attach it to your vpc:

You have to add a route from the VPC to your local network:

Then create a vpn connection: 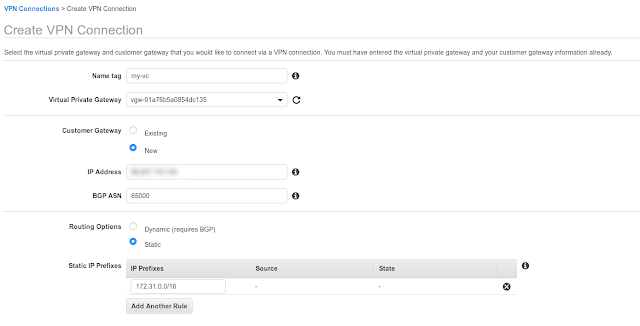 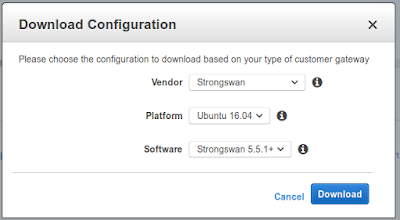 After i downloaded the file an followed the instructions provided there, i was able to connect and the aws dashboard showed that the connection is up:

and on my local machine:

Posted by Dietrich Schroff at 9:06 PM