Today docker is only added to the repositories up to ubuntu version 17.04
(EDIT: this has changed - read this posting): 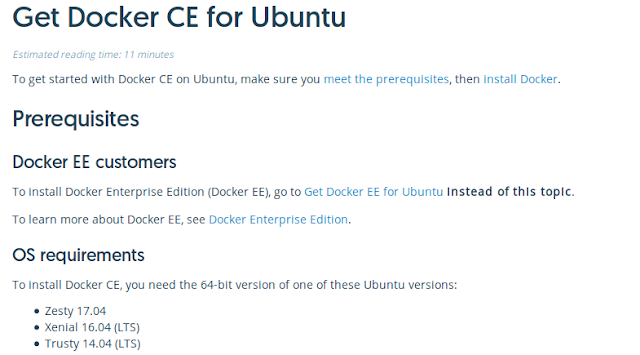 If you want to run docker on 17.10 you have to perform the following steps:
After that

Hello from Docker!
This message shows that your installation appears to be working correctly.

To try something more ambitious, you can run an Ubuntu container with:
$ docker run -it ubuntu bash

Posted by Dietrich Schroff at 10:07 PM