I read about Google+ games and i knew:

Today we’re starting to gradually roll out games in Google+. We look
forward to making them fully available to everyone in Google+ soon.

and this evening there is a new icon:

and clicking on this four connected points showed the following: 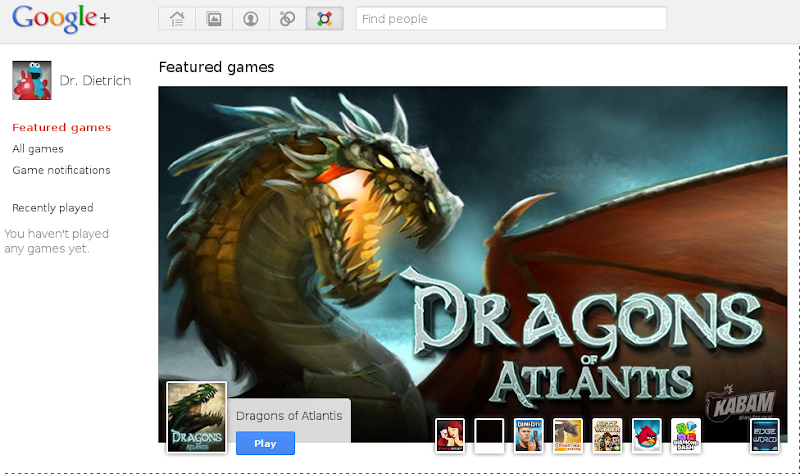 Ok. Let's go: I clicked the blue "play" button and got: 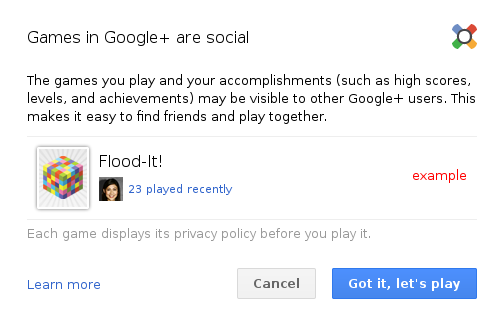 I followed the "Learn more" link:

Who can see that you're playing games

Games on Google+ are social. Information such as the games you play
and your accomplishments within the game (such as high scores and
levels) may be visible to other Google+ users.

Google+ won’t publish your gameplay information to the stream without
your consent. You get to choose when to share updates from games (and
the people you share with). So how do people see that you've played a
particular game?

If you’re looking at the "Featured games" area, you might see the number
of people in your circles who have recently played a game, along with a
photo of a recent player. Click on played recently to bring up a box that shows who those people are.

When you play a game, you’re consenting to share information such as
your name and profile picture with the game developer. This lets
developers design better social games.

Additionally, a game may involve multiple players in a single match
(such as a poker table). In these situations, the other players in the
room can see and interact with each other during gameplay.

Some games allow you to partner up with (or work against) another
player, such as a neighbor, ally, or an enemy/rival. These games use
your circles to suggest people to interact with. You could show up as a
suggestion to another player to become an ally or to challenge.

This sounds fair, so let's start playing one: 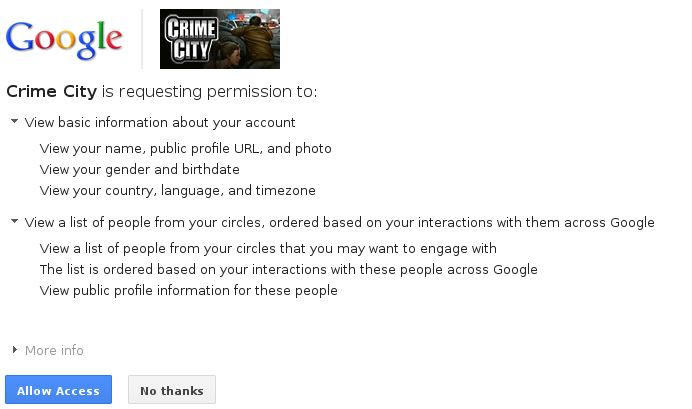 And then just play...

Posted by Dietrich Schroff at 9:41 PM